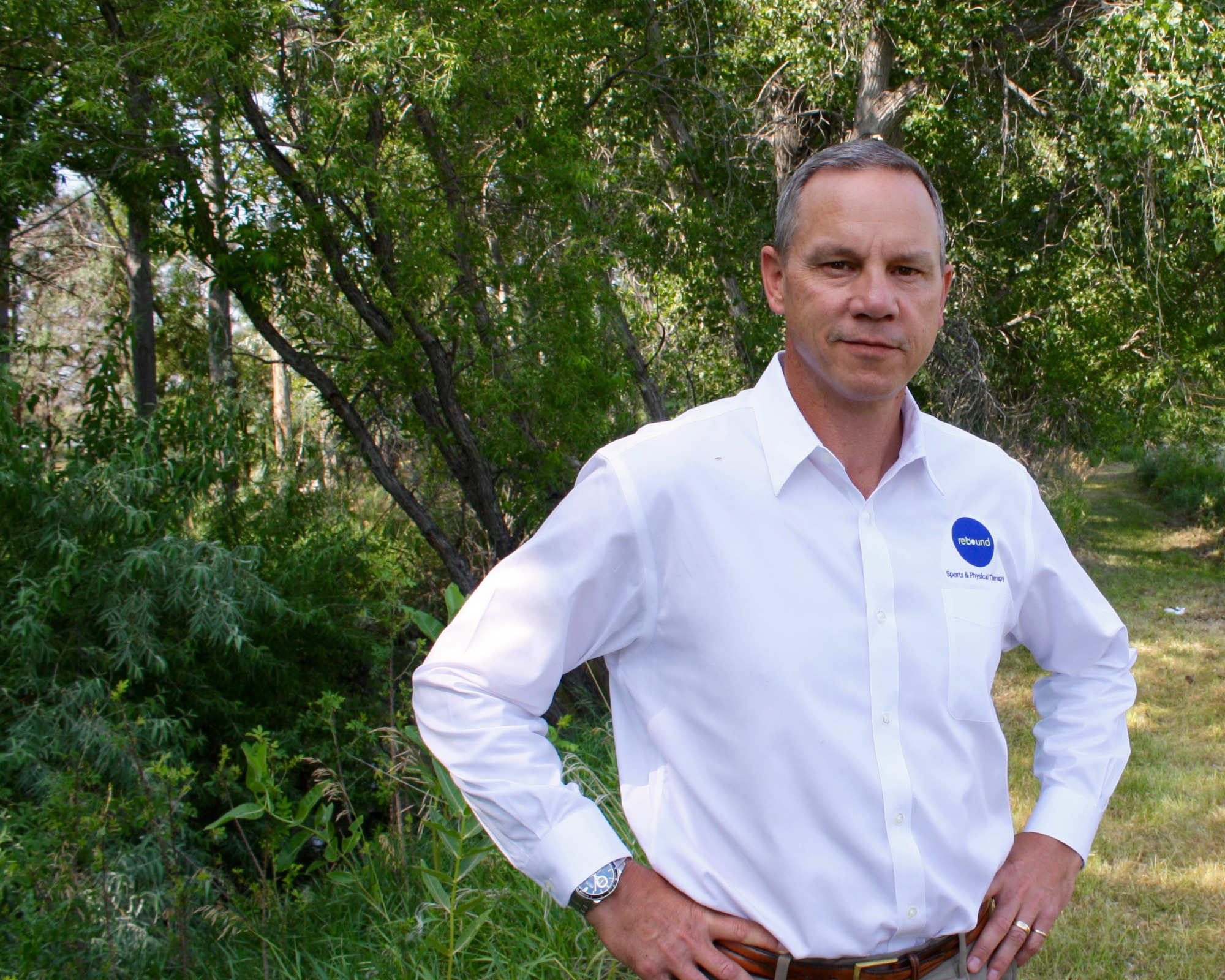 Brad is an Iowa native who also spent time growing up in Colorado. He graduated from Wartburg College in Waverly, Iowa with a degree in biology, and then obtained a Masters in Physical Therapy from Washington University School of Medicine in St. Louis. In 1997 he became the owner of Rebound. Brad has served as a biomechanical and injury prevention consultant to: CSU golf, CSU volleyball, CSU men’s basketball, Fort Collins High School Cross Country, and many other local club sports teams. He has worked with athletes on golf’s Nationwide and PGA Tours, and Olympic Trials athletes in swimming, running and equestrian. He is very proud of the team that has been assembled at Rebound, and recognizes that as long as there is a commitment to excellence, world-class clinical care and service can benefit all of Colorado. Outside of the clinic, Brad enjoys running, skiing, and golfing with his two children (Madi and AJ) and his wife Crissy who is also a physical therapist.